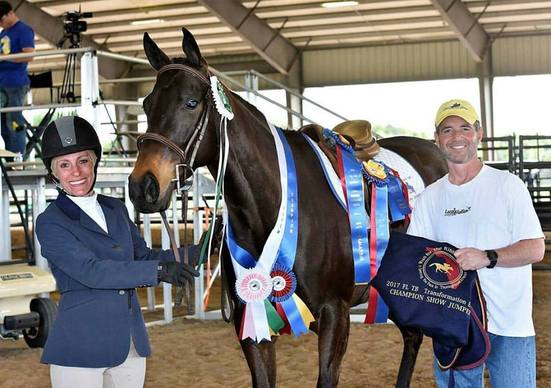 Lilies For Claire joined Rivermont on November 24th, 2015 just 2 days after her final race at the Fairgrounds in New Orleans, LA.  "Claire" as she is known, was bred by Adena Springs (Andy Stronach) and is by the stallion Einstein.  She was originally purchased at the Keeneland sale as a yearling for $5000.00 by Jack Frost.  She had 13 starts, 2 wins and 2 thirds in her racing career, totaling over $34,000.00  in winnings by the age of 4.  Thankfully, Claire never had any injuries on the track.

After enjoying some R & R at Rivermont for about 6 weeks, Ashley began Claire's training to be a hunter/jumper in January of 2016 with the goal of competing in the Thoroughbred Makeover in October 27-30, 2016 at the Kentucky Horse Park in Lexington, Kentucky.  The Thoroughbred Makeover attracts top trainers from all over the country to compete with their off the track Thoroughbreds, exhibiting what talent, ability, versatility and heart these amazing horses have! 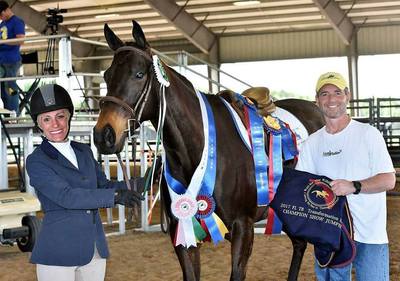 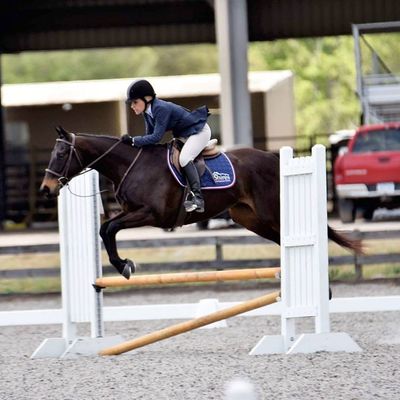 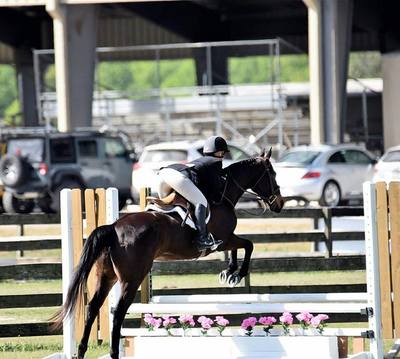 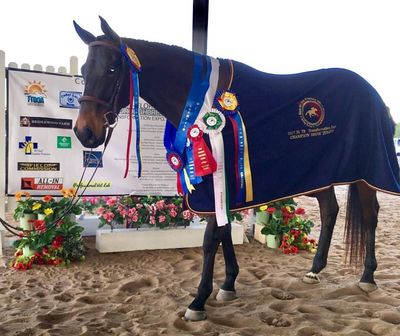 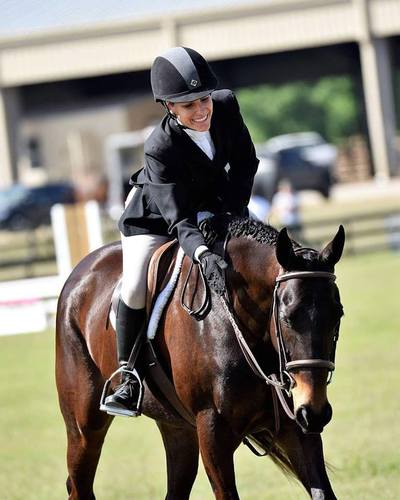 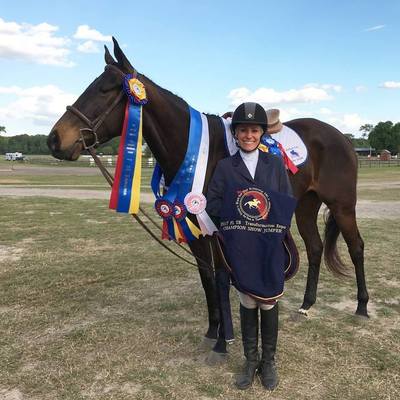 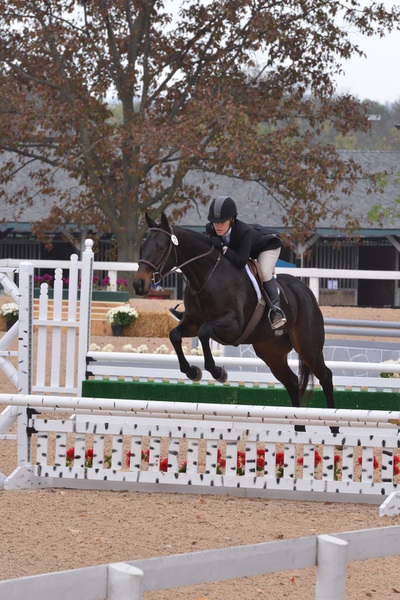 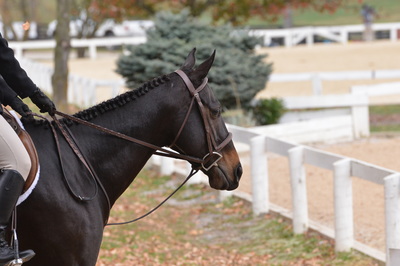 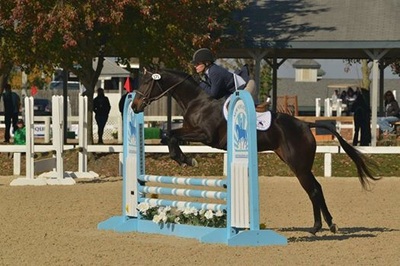 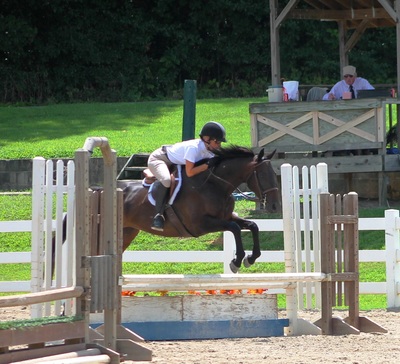 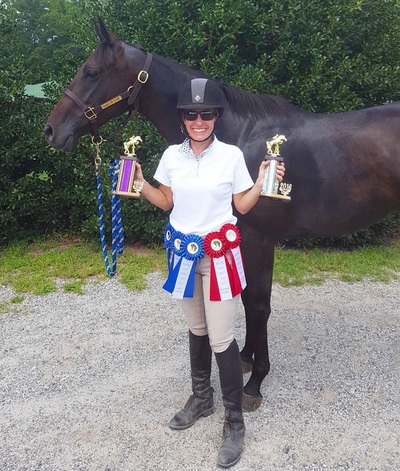 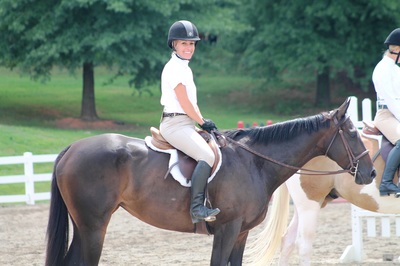 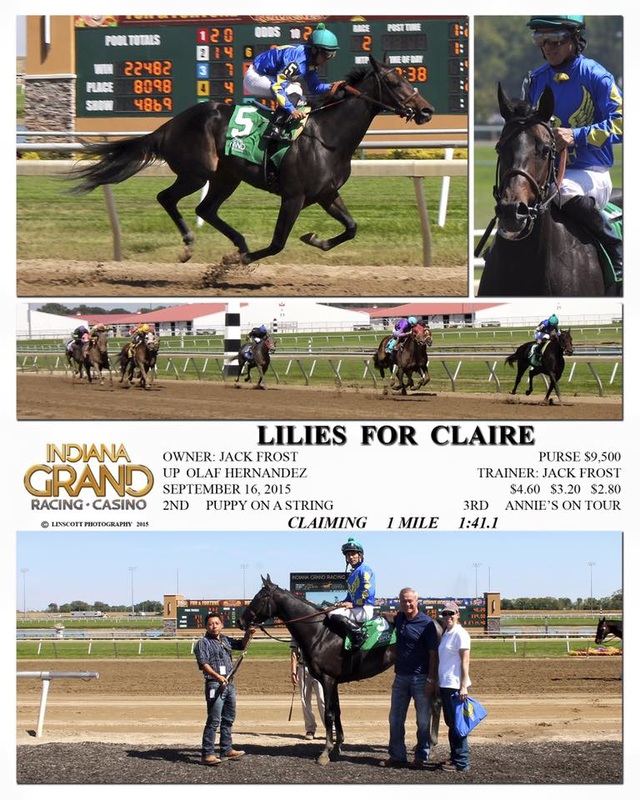 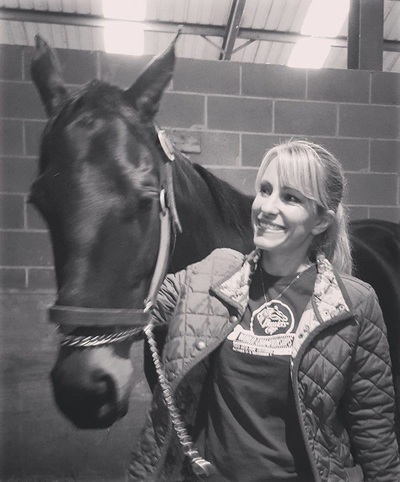 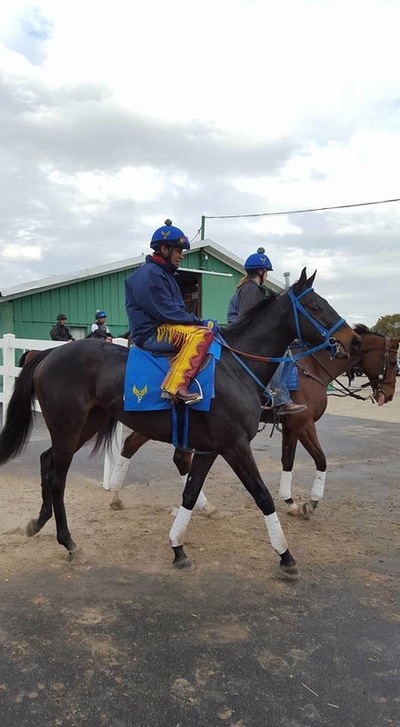 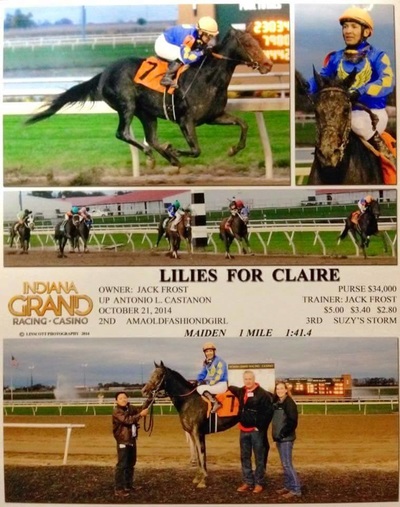 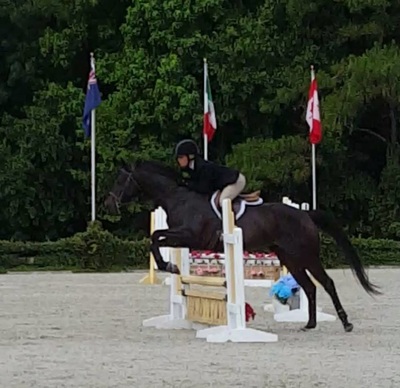 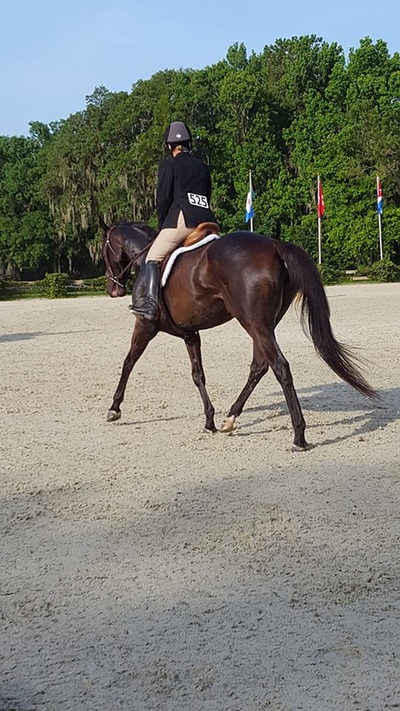 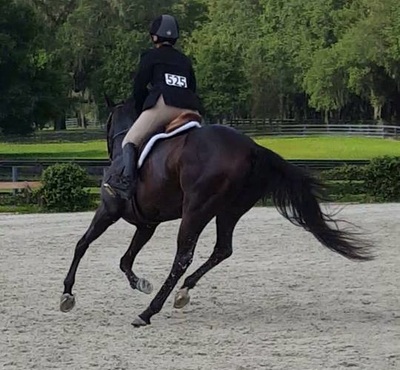 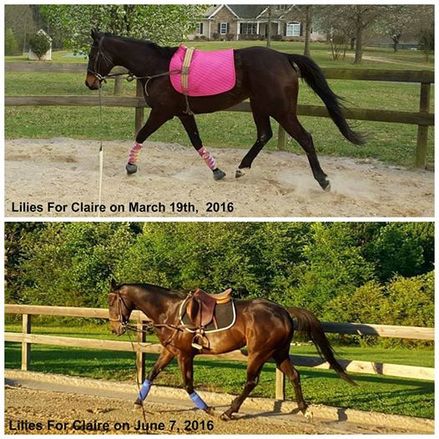 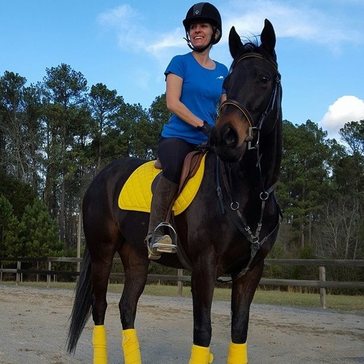